Pisa, one of the most famous cities of art in Italy was once an extremely powerful maritime republic. Like Lucca, it boasts some wonderful Gothic buildings and priceless art treasures.

Approximately 1 hour from Florence, your tour of Pisa begins by heading directly to one of the most famous squares in the world, the stunning Piazza del Duomo. It is home to the leaning tower of Pisa, begun in 1173 and constructed over a time span of 200 years. Its angle, from tilting year after year, is caused by the alluvial soil, which is not compact enough to bear the weight of the building. Galileo Galilei, the physicist and astronomer born in Pisa in 1564, used the leaning tower to study the laws of falling bodies and uniformly accelerated motion. Recently, the tower has been re-opened to the public, so if you are willing to climb the 294 steps to the top, a rewarding and spendid view awaits. 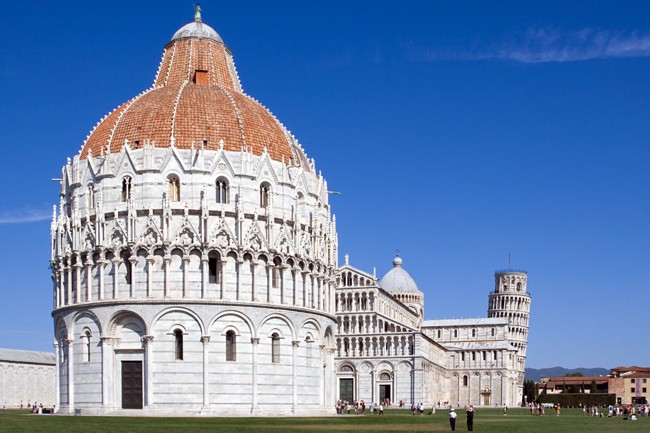 The Pisa Baptistry of St. John 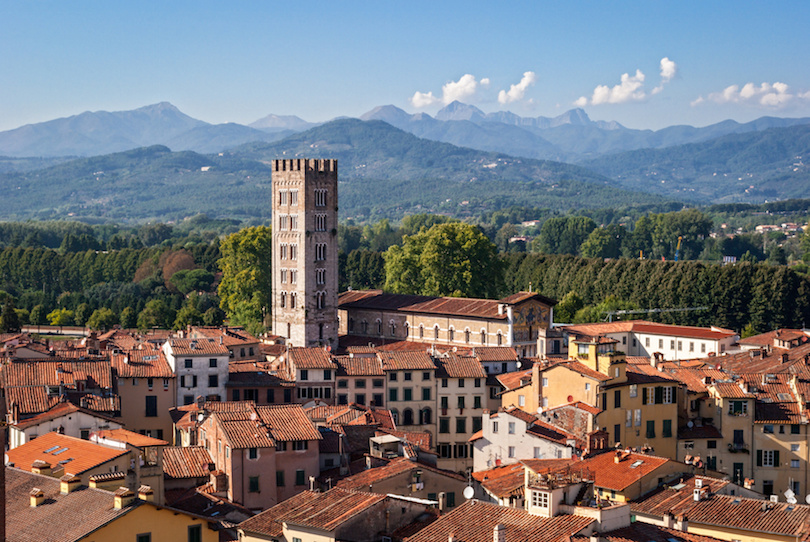 Of course there is more to Pisa than the leaning tower. Looking around the Piazza del Duomo, or Campo dei Miracoli (Field of Miracles) you will find typical examples of Romanesque buildings and the classic Pisan style of architecture. We suggest you also visit the Duomo, begun in 1063 and clearly articulated and richly decorated using white marble. Then, west of the cathedral, why not discover the Baptistery. Started in 1153, this majestic circular building took 250 years to build. Also worth a look is the famous Camposanto, begun in 1278 by Giovanni di Simone and completed in the 15th century in late Gothic style.

A short drive from Pisa lies Lucca, a lovely city enclosed by massive red brick walls. Built between 1504 and 1645 it represent one of the best-preserved Renaissance defenses in Europe. The origins of Lucca date as far back as 180 BC, and its geometric road network betrays its Roman origins.

We suggest you have a look at the famous San Michele in Foro - a huge marble church built between 1070 and the mid 12th century. This was the site of the ancient Roman Forum, and has a wonderfully rich Pisan Romanesque facade. Then there is the Duomo di San Martino, founded in the 6th century, and rebuilt in the 12th century in pure Romanesque style, boasting splendid white and green marble. Lucca is also the birthplace of the famous composer Giacomo Puccini, his house now containing many momentos of the great musician.