Siena is widely accaimed to be one of the most unspoilt and charming medieval towns in Tuscany, built on a Y-shaped ridge that spreads into the adjacent valleys. Siena appears in history as Saena Julia, a Roman colony founded by Augustus. The great period of Sienese art was between the 13th and 14th century, with the cathedral and numerous palaces in the town representing a fine example of Gothic architecture.

The shell-shaped 12th century Piazza del Campo is one of the most remarkable squares in Italy, and is the true heart of the city. It is here that the world famous Palio horse race takes place twice a year, on the 2nd of July and 16th of August. This fascinating event dates back to 1310 and is a contest between the city's 17 districts or Contrade, culminating in a 3 lap race of the Campo square, which takes little more than a minute, but the celebrations can last for several days. 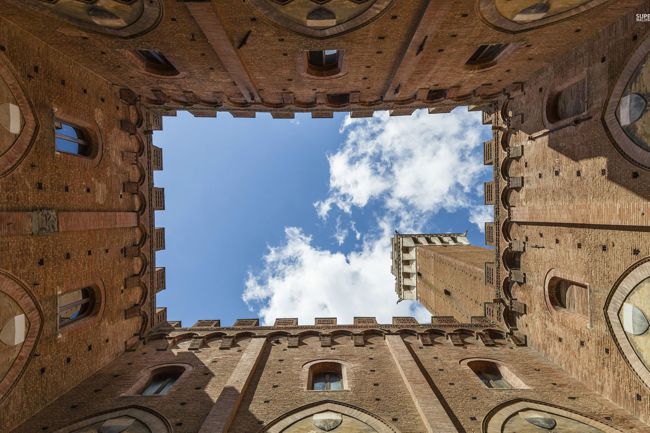 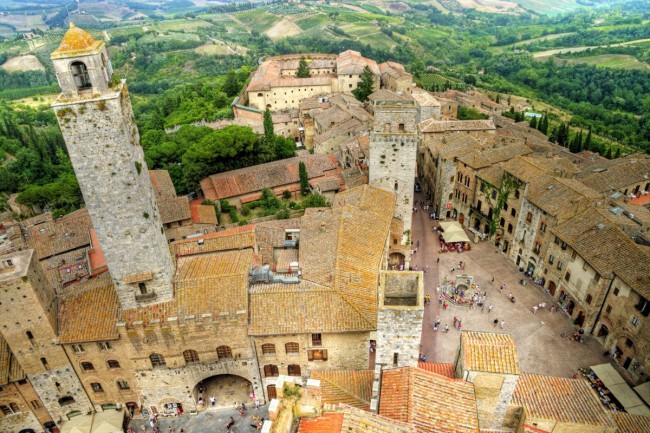 Still in Piazza del Campo, you can find the famous 13th century Palazzo Pubblico (town hall), constructed to house the various state offices and departments. The magnificent medieval tower that we see in the square is the Torre del Mangia, 102m tall, completed in 1348 with breathtaking views of the city and surrounding countryside.

Just a short walk from here is Piazza del Duomo, containing the cathedral of Santa Maria Assunta, an outstanding example of Gothic style, the floor of which is ornamented with a remarkable series of over 50 exquisite marble figures, designs and scenes.

From Siena we can drive to the charming hillside town of San Gimignano, famous for its numerous towers, hence its nickname the Medieval Manhattan. This delightful town has Etruscan origins and was later inhabited by the Romans. 14 of the original 76 towers still exist, and can clearly be seen from a distance, among the beautiful rolling countryside. Entirely enclosed within its walls, the main monuments of San Gimignano, are to be found in Piazza del Duomo and Piazza della Cisterna.

Some of the highlights we suggest in this truly special place are the Collegiata (Cathedral) with its simple original Romanesque facade and important frescos inside, the Palazzo del Popolo, built in the late 13th century and still used as the city town hall. Another point of interest in Piazza del Duomo is the Palazzo del Podesta, dating from the 13th century and once used by the mayor as a palace. Finally, to enjoy spectacular views of the surrounding area, climb the 200 steps of the Torre Grossa.